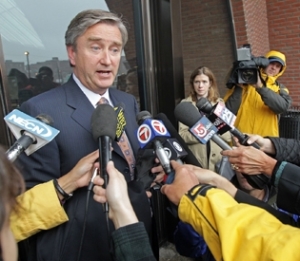 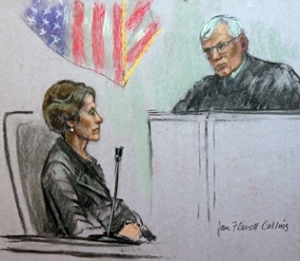 You know you’re in deep you-know-what when, as a Democrat, The Boston Globe demands that you come clean – and fast.

According to Representative Tierney, Patrice didn’t know the money was shady, and thought she was telling the truth when she filed Robert’s income tax forms claiming the money was from “commissions.’’ But that’s not what she asserted in court: A guilty plea is an admission to having knowingly committed a crime. John Tierney’s statement said that Patrice agreed only that she should have been more inquisitive about the true nature of her brother’s income. It was, in fact, a stunning lack of curiosity, since he previously had been charged with illegal gambling in the United States.

No one can account for absolutely everything a spouse does. But in most marriages, subjects like the management of a $7 million bank account tend to come up. John Tierney needs to explain precisely when he learned of this account, and whether he ever questioned its legality. The Tierneys made no reference to whether they themselves ever used or benefited from the money, though the congressman’s spokesman insisted that they did not. They should make it perfectly clear that they did not, and answer any and all questions on the matter.

With that information, voters should be able to make up their own minds about their congressman, who is on the ballot for an eighth term this November.

In handling issues like this, politicians usually follow a predictable script: There’s an expression of loyalty to one’s spouse, often followed at some point by an appeal to inquisitors to “lay off my family.’’ Inevitably, political allies pop up, chorus-like, to offer their support in such difficult times — as though someone got sick or died, rather than committed a serious felony.

Let’s hope the Tierneys and their supporters skip this drama and get quickly to the point: What did John Tierney know, and when did he know it?

Feel free to call his office and ask a helpful staffer.